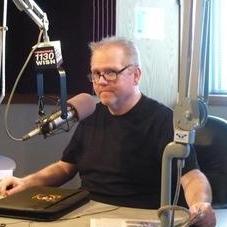 Dan Conry began his fourteen year talk radio career in 2000 at the storied AM 1500 KSTP News Talk in St. Paul / Minneapolis, MN. It was a moment of serendipity and opportunity that he took hold of, and never looked back. Dan was part of morning drive, weekend & evening ensemble shows including the “Post 9-11 Show” which was created as a result of Dan being in NYC on 9-11.

From the election of President Obama to the 35W bridge collapse Dan was there. He also found time to loose his vision and get diagnosed with a brain tumor. Dan went on to survive major brain surgery, radiation and regain most of his vision. Shortly after this ordeal, Dan became steady sub-host for radio icon Jason Lewis as he subbed for Rush Limbaugh.

In what he calls “My incredible journey” Starting as a kid on the streets of Flatbush Brooklyn, an undercover narcotics detective with the NYPD, a brand new radio host in the middle of ground zero, to seasoned radio pro who recently covered the political chaos in Madison, WI like no other host can. Dan has become one of the most popular talk radio voices in the Mid West. His decade in radio was recently validated at the Wisconsin Broadcasters Association awards gala where the “Dan Conry Show” was awarded “Best Radio Show Newstalk 2010″……..The journey continues.